Spinel is a hard vitreous magnesium aluminium oxide that has been used as a gemstone for centuries. The beauty of spinel has caused it to be mistaken for ruby and sapphire in the past. However, spinel deserves to be recognized as a gemstone that is worthy of appreciation in its own right. Spinel occurs in a range of colours, such as rose pink to rich red; lavender to deep violet; light to deep blue, orange, yellow, brown and black.

Paraiba tourmaline is an incredible rare gemstone that is as breathtakingly beautiful as it is unique. The vivid almost unearthly colors of Paraiba tourmalines range from emerald through neon greens, turquoise to neon-blues, sapphire blue, sky blue, blue-violet, indigo, and purple. Some of these extraordinary hues are not found naturally in any other stone on earth. The Paraiba Tourmaline gets these unprecedented vivid colors through the presence of manganese and copper within the stone which is unique among tourmalines. 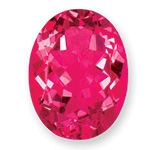 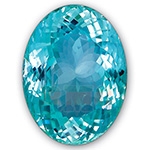 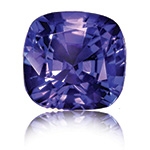 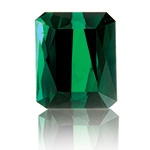 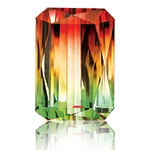 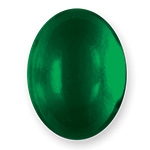 Tanzanite is a blue to violet gemstone which is a member of the zoisite mineral group. It was discovered in 1967 by Masai tribesman, Ali Juuyawatu in the hills of Northern Tanzania, which remains the sole source of Tanzanite to this day. Tanzanite was given its name by Tiffany & Co. who promoted the gemstone, resulting in its sudden popularity.

Tourmaline is the gemmological name for an important group of complex gem-quality boron silicate minerals. Tourmaline gemstones can be found in all colours of the rainbow. Owing to its wide range of colour availability, tourmaline is considered to be one of today's most versatile gemstones.

Some tourmalines provide a visual record of their crystal growth by displaying two or more areas of different color. These are known as bi-color tourmalines. Most often they feature a combinations of pink and green or some variation.

Emerald is a gemstone and a variety of the mineral beryl (Be3Al2(SiO3)6) colored green by trace amounts of chromium and sometimes vanadium. Beryl has a hardness of 7.5–8 on the Mohs scale. Most emeralds are highly included, so their toughness (resistance to breakage) is classified as generally poor.